Companies In The Global Anti-Drone Market Expedite Product Innovations to Stay at Forefront in the Industry; To Top A Market Valuation of USD 7.4 Bn: Report Fact.MR

SEOUL--(뉴스와이어) 2022년 07월 20일 -- As per the latest market analysis by Fact.MR, a market research and competitive intelligence provider, the global anti-drone market is expected to reach a valuation of USD 7.4 billion by the end of 2032 while expanding at an impressive CAGR of 20.9% over the assessment period.

Drone neutralization equipment promises notable growth and a dynamic shift in the anti-drone market. Moreover, the emergence of cost-effective and open-source UAVs with new advanced technology is driving the market positively. On top of this, military and defense spending by various governments has increased substantially due to rise in safety concerns, and thereby, the anti-drone market has been showing an upwards trajectory.

There has been a steady rise in the sales of drones in the U.S. and Chinese markets, which has led to a rise in the use of anti-drones. This promises a positive stance and dynamic change in demand. Additionally, governments are striving to make anti-drones more accessible in emerging countries. With a diverse number of end-use applications of anti-drones, such as homeland security, airport operations, and commercial security providers, the market is set to witness significant growth over the coming years.

Why is Asia Pacific such a significant market for anti-drone systems?

These factors are expected to cause the China anti-drone market to grow quickly at a CAGR of 22.3 percent. Regional growth is being influenced by the increasing number of manufacturers who are seizing control of the market and government support for R&D.

· Global anti-drone market poised to expand at CAGR of 20.9% reaching valuation of USD 7.4 billion by 2032.
· On the basis of component, the market is projected to be dominated by drone detection equipment, which is projected to account for 34.3% market share by 2032.
· Europe likely to be most attractive regional market and is projected to utilize more than USD 2 billion value of anti-drones by 2032.
· By end user, military and defense likely to account for 1/3 revenue share and create an absolute dollar opportunity of USD 2.4 billion over assessment period.
· 1 km - 4 kms anti-drones projected to grow 8.2X by value, while 4 kms - 25 kms drones to grow 6.7X during the forecast period.
· North American region expected to register a CAGR of 19.2% over the forecast period to be valued at USD 1.7 billion by 2032-end.

Sales of anti-drones are heavily regulated and restricted only to government contractors and authorized suppliers. Manufacturing companies are adopting research & development as their primary strategy to stay ahead of the competition and comply with various regulations and norms. As new technologies are being adopted at a higher pace, the market scenario is highly dynamic.

Prominent market players have started manufacturing customized products for specific purposes. To meet the tailored requirements of the industry, market players are diversifying their product portfolios. Some manufacturers have started producing anti-drones for emerging and new end-use sectors, wherein, governments have been regulating the open source sale of anti-drones.

Fact.MR, in its new offering, presents an unbiased analysis of the global anti-drone market, presenting historical demand data (2017-2021) and forecast statistics for the period of 2022-2032. 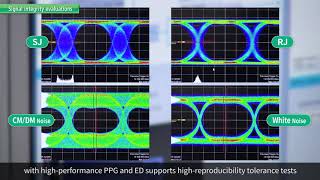 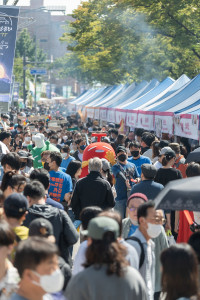