SKEMA and EADA Create a Double-Degree BBA in Barcelona

Through this alliance, SKEMA intends to develop a new European base from EADA's Barcelona campus. EADA will benefit from the presence of SKEMA’s campuses in five continents. At the same time, the two schools also aim to open this new four-year post-baccalaureate programme to candidates from Spanish-speaking countries.

“This post-baccalaureate double-degree programme is a new opportunity to develop SKEMA’s brand in the European continent and South America with EADA. It also offers our students in the SKEMA Global BBA - a programme which has 50% international students representing more than 60 different nationalities - the possibility of studying on the EADA campus and immersing themselves in the global city of Barcelona, with its ultra-dynamic economic centre, where they will be able to follow the sustainable innovation specialisation,” explains Patrice Houdayer, Director of Programmes, International and Student Life at SKEMA Business School.

“As part of its development, EADA wanted to enter the field of post-baccalaureate BBA programmes, by favouring a partnership with a school that is highly recognised internationally. This is possible thanks to SKEMA, which will design a programme with us that meets the best international BBA standards, and which will confer the degree of bachelor and the visa,” says Jordi Diaz, Dean at EADA.

From September 2022, students in the new EADA X SKEMA Global BBA double-degree programme will be able to spend the first two years on the EADA campus in Barcelona, then go on a mobility programme in the third year on one of SKEMA‘s seven campuses across the world, and then spend their fourth year either in Barcelona or on one of SKEMA’s campuses, depending on the specialisation they have chosen.

With 9,500 students of 120 nationalities and 50,000 graduates in 145 countries, SKEMA Business School is a global school which, through its research, its +70 teaching programmes, its international multi-site structure trains and educates the talents that 21st century businesses need. The school is now present on 7 locations across 5 countries: 3 campuses in France (Lille, Sophia Antipolis, Paris), 1 in China (Suzhou), 1 in the United States (Raleigh), 1 in Brazil (Belo Horizonte) and 1 in South Africa (Cape Town - Stellenbosch).

SKEMA’s Faculty composed of 180 professors is divided into 3 academies (Globalisation, Innovation, Digitalisation). The Research Department has 5 research centres representing the main dimensions of management. The school has also established its Artificial Intelligence research and resource centre in Montreal.

EADA Business School Barcelona was founded in 1957 as a private and independent institution. It has EQUIS (EFMD) and AMBA accreditations and is ranked 28th best business school in Europe by the Financial Times, top 45 best schools in Executive Education and its MBA is ranked 21st in Europe and 78th worldwide. With a renovated 4,000m2 campus in the centre of Barcelona and its residential campus in Collbató being the largest in Europe (15 hectares), today its Alumni community is represented by more than 100,000 members of 65 different nationalities and, after 64 years of history, its mission continues to be to promote the professional development and growth of people, as well as the transformation of organisations, in order to contribute to a more just, supportive and sustainable life. The axes on which it supports its learning model are innovation, sustainability and leadership. 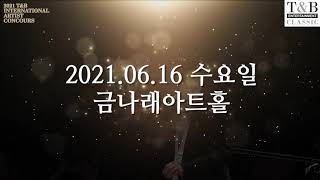 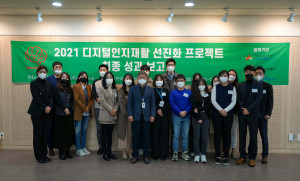