As Managing Director, Japan, Masatsune Shironishi will be responsible for building on the early successes of the business, localising go-to-market efforts and ensuring Xandr is well placed to grow in digital video and connected TV. Masatsune joins from Amobee Japan where he was Country Manager and brings deep industry experience and expertise across media agencies, TV, digital media and advertising technology. Masatsune has also worked at Open Table, Elsevier and Microsoft in various senior sales and product roles.

Masatsune and Nicole will report to Xandr Head of Global Regions, Jerome Underhill. “Xandr has experienced strong growth across APAC as advertiser demand grows for premium, brand and privacy safe environments and publishers and broadcasters seek to meet that demand through partnerships with Xandr. These senior leadership appointments are reflective of the broader investments we are making throughout APAC to allow us to best serve our expanding set of customers,” Underhill said.

“Masatsune’s sales and product leadership, particularly in the Advanced TV space, will allow us to lay the foundations for exciting growth in this space. His unique skillset of strategy, media buying, and technology sales will help our business better serve the needs of our customers in Japan.”

Commenting on his new role, Masatsune Shironishi, Managing Director, Japan at Xandr said: “I am excited to join Xandr at such a transformational time in our industry. I look forward to working closely with our talented team and diverse set of local buyers and sellers to help them unlock the full value of programmatic technology.”

In addition to these appointments, Xandr is continuing to build its APAC leadership team including a General Manager to lead Southeast Asia and India. Xandr has already expanded the leadership team, with Tom Dover having relocated from Sydney to Singapore as Director, Video Marketplace Development for APAC. Tom will be responsible for accelerating Xandr’s video-first product adoption delivering creative and differentiated solutions to the region’s largest agencies and advertisers.

Xandr recently announced results for its platform in Q2 with total international platform spend up by 76 %YoY in Q2 2021. To support this growth, Xandr has made 14 hires in 2021 across Commercial, Services and Operations in Australia, India, and Japan.

A business unit within AT&T, Xandr powers a global marketplace for premium advertising. Our data-enabled technology platform, encompassing Xandr Invest and Xandr Monetize, optimizes return on investment for both buyers and sellers. For more than 143 years, AT&T has used data and technology to inform and improve the consumer experience. 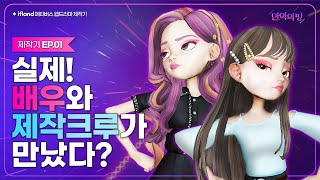 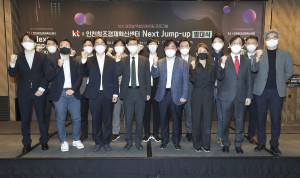