PHILADELPHIA--(뉴스와이어) 2020년 06월 18일 -- Understanding the patient voice is fundamental for therapy development. Companies need to ensure that what matters most to patients is being assessed, and regulators and payers asks for demonstration of value to support approval and reimbursement. Today, the Loulou Foundation and the International Foundation for CDKL5 Research (IFCR) are proud to release the “CDKL5 Deficiency Disorder Voice of the Patient Report”, capturing the voice of patients living with this rare genetic disease that affects thousands of people.

The report is the outcome of a groundbreaking patient-centered meeting hosted in November 2019 as part of the FDA Patient Focused Drug Development initiative. The initiative was established by FDA to more systematically gather patients’ perspectives about their condition and available therapies. The meeting was attended by FDA representatives from CDER, CBER and the Office or Orphan Products among others.

Although there are more than 10,000 diseases, only a few dozen have been the subject of PFDD meetings. This includes CDKL5 Deficiency Disorder (CDD), a rare genetic disease that leads to frequent seizures shortly after birth and severe impairment in neurological development, with most affected people being unable to walk, talk or care for themselves.

The majority of the responders during the live meeting poll and post-meeting survey reported global developmental delay as the most devastating aspect of the disease. “In the beginning, all I wanted to do was stop the seizure,” explained Karen Utley, President of IFCR and mother to a 13-year old daughter with CDD. “However, as my daughter grew, it became crystal clear that this disorder is not simply an epilepsy. Accepting the reality of the situation and understanding that short of a treatment and a cure, your child will not develop into an independent adult, is a crushing blow.”

There is currently no therapy approved for the treatment of CDD, but there are several programs in clinical development and a growing interest from the drug development industry. “Celebrating this PFDD meeting was a big milestone for our field and one more step towards having approved and hopefully disease-modifying treatments,” said Ana Mingorance PhD, Chief Development Officer of the Loulou Foundation. “The timing was particularly important because there are four ongoing clinical trials as well as additional active preclinical programs that we hope will reach the clinic in the coming few years.”

The meeting and the report emphasize the urgent need for increased awareness of CDD, as well as the inadequacy of current treatments and lack of therapeutic options for the refractory seizures, global developmental delay and additional comorbidities associated with the disorder. By capturing the outcomes of this dialogue, the Voice of the patient Report will serve as a lasting resource for regulators, life science companies, researchers, the patient community, and the public.

CDD was also recently designated with a new disease code in the International Classification of Diseases (ICD), the medical classification list from the World Health Organization (WHO). These critical milestones serve as a testament to the power of patient advocacy groups working together toward shared goals of the CDD community. Both the PFDD meeting and the approval of a new ICD-10 code are the culmination of over a year of planning and collaboration by the groups that hosted the meeting.

The IFCR and Loulou Foundation are grateful to all meeting participants in person and via webcast, including the caregivers representing CDD symptoms, the physicians and scientific experts who participated, and the FDA for their support. They are also grateful to the caregivers that contributed to the post-meeting survey.

To read the report and learn more about the CDD EL-PFDD meeting, including a recording of the entire session, visit www.cdkl5.com/pfdd

CDKL5 Deficiency Disorder (CDD) is a rare developmental and epileptic encephalopathy resulting from loss-of-function mutations in the CDKL5 gene. Presenting first as infantile spasms within the first weeks of life which progresses to intractable epilepsy, CDD patients also display profound neurodevelopmental delay, with generalized hypotonia, impaired motor skills, and severely impaired speech and vision. CDD patients also have impaired sleep, gastrointestinal function, and respiratory issues. With an incidence of approximately 1 in 40,000 live births, CDD is one of the most common monogenic pediatric epilepsies, with several thousand patients estimated in the US and Europe alone. No therapies exist to treat the neurodevelopmental symptoms of CDD, and the epilepsy associated with CDD is poorly managed by current anti-seizure medications.

Loulou Foundation is a private, non-profit foundation dedicated to therapeutic development for CDD. Founded in 2015, Loulou Foundation drives pre-clinical, translational, and clinical research on transformative therapeutics for CDD, with the goal of delivering meaningful treatments and eventual cures for CDD to patients and their families.
www.louloufoundation.org

IFCR is a US-based patient advocacy organization founded in 2009 by families from around the world affected by CDD. Since then, IFCR has funded groundbreaking research, including animal and cell model generation, patient-driven natural history, and a multidisciplinary clinical research network. Pioneering this network of CDKL5 Centers of Excellence across the United States has facilitated the development of a clinical research model that demands high-quality patient care, while accelerating clinical trial readiness. Above all, IFCR supports all CDKL5 families and caregivers by providing education, advocacy, and awareness.
www.cdkl5.com 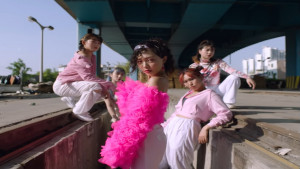