BEIJING--(뉴스와이어) 2020년 06월 12일 -- The novel coronavirus has so far claimed over 400,000 lives worldwide, according to John Hopkins University. No one knows how dangerous the virus really is and how long the pandemic will last.

To present readers with a clear picture of how we got here, CGTN portrayed seven* hard-hit countries in an interactive Super Virus. These countries - China, South Korea, the U.S., Germany, France, Italy and the UK - all reported initial confirmed cases at an early stage of the outbreak and all have their relatively mature healthcare systems strained in the fight against it. But their different policy measures have resulted in varied outcomes.

While it’s far too early to draw simple conclusions, the policy measures taken in each country do require scrutiny. The interactive takes a comparative approach in visualizing when and how quickly these measures were enacted over the course of the pandemic. CGTN compiled and analyzed data in the realms of testing, which is crucial to early detection, preventive measures including economic shutdowns and cancellation of public gatherings, as well as the development of clinical methods and the ultimate panacea - an effective vaccine.

Actions taken by countries in regards to testing in the early days appear to have contributed to huge differences down the road. Italy started out with mass testing but then scaled back to only focus on patients who were symptomatic. As the outbreak worsened in Britain, it focused testing and medical resources on critically ill patients.

South Korea and the U.S. reported their first coronavirus cases at almost the same time. But their governments’ attitudes toward testing amid the outbreak couldn’t be more different.

A week after South Korea reported its first case, its health department gathered more than 20 pharmaceutical companies to secure a testing method for COVID-19 that was settled upon eight days later. But weeks after the coronavirus landed in the U.S., there continued to be frustration over shortcomings in diagnostic test distribution and flawed test kits. First there was an outcry over the red tape in getting COVID-19 testing kits approved, then came confusion over who could get a test.

As for travel restrictions, border controls of different types were adopted by many of the six countries. Measures ranged from health checks at the airport to travel warnings and restrictions to quarantining returning overseas travelers. A latecomer to border controls, China didn’t implement restrictions until the end of March when global cases had already exploded.

Such a policy came with extreme measures in certain countries. The Trump administration suspended immigration to the U.S. for 60 days in the name of protecting domestic workers as unemployment hit a record high amid the coronavirus. But this policy left numerous families and businesses reeling instead of boosting employment.

Early-stage border controls also contributed to one problem: Most Western countries neglected prevention and control within their borders.

Restrictions on the movement of peoples within national borders were implemented with varying degrees of effectiveness. Most of the six countries, for instance, adopted stay-at-home orders ahead of lockdowns, except China. In the early morning of January 23, over 20 days after the first known cluster of cases was reported, Wuhan launched a severe lockdown, barring all cars, trains, planes in and out, which lasted 76 days.

In Italy, where similar measures were taken in the country’s northern Lombardy and Veneto - that, combined, makes up 30 percent of the Italian economy, residents were subjected to mandatory home quarantines with all non-essential businesses closed. Meanwhile, some of the other countries like the U.S. and the UK skipped imposing mandatory quarantines in the early stages due to various reasons.

COVID-19 caught the whole world off guard, exposing how we are underprepared in the face of a pandemic of such a scale and scope. The virus has grievously overburdened even the world’s best healthcare systems, with all the seven countries suffering from a dearth of medical professionals and supplies. Doctors and nurses continue to face the danger of being infected, and the psychological burden that they may spread the disease to other patients, or lost their jobs when back from the frontline.

The coronavirus is also not an equal offender — it has disproportionately affected historically marginalized populations. Rates of infection and death from the coronavirus are higher for African and Native Americans, who are on average poorer than their white counterparts. When it comes to age, the elderly makes up a sizable portion of all deaths, due to complications from the coronavirus on top of other conditions. Indigenous peoples are also experiencing higher rates of infection than the national averages of the countries they reside in. In Europe, the Roma live in overcrowded shantytowns, making them particularly affected by the outbreak given the lack of sanitary living conditions.

While outbreaks continue in many of these countries with advanced medical development, the future doesn’t seem to be defined by doom and gloom. Since the outbreak began in January, hundreds of universities, pharmaceutical companies and international organizations have participated in some 320 trials looking into various treatments for COVID-19. Given how divisive COVID-19 has been, the immense scale of this endeavor calls for cooperation across nations, organizations and societies. While time is the best asset for a rapidly spreading pandemic, it is not too late to cultivate this spirit of cooperation.

* The mobile version of the interactive only focuses on six countries for optimal user experience. 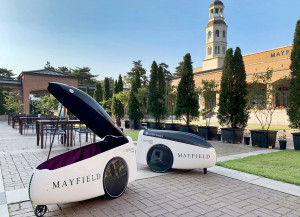