OSLO, Norway--(뉴스와이어) 2019년 12월 24일 -- Everfuel Europe A/S (Everfuel) has been awarded in excess EUR 6 million from the Danish Energy Agency for the project HySynergy, which aims to establish a large-scale, electrolysis-based hydrogen production facility at the Shell refinery in Fredericia, Denmark.

“We have been working on this project for a couple of years now, and are delighted to see that Jacob Krogsgaard and his team in Everfuel are taking another important step towards realizing renewable hydrogen production next to the refinery in Fredericia. The facility will act as a back-bone for renewable hydrogen supply in Denmark, both for the refinery itself, and also for light- and heavy-duty fuel cell electric vehicles operating in the area,” says Jon André Løkke, CEO of Nel (NEL, OSE: NEL) which holds a minority interest in Everfuel.

The Danish Energy Agency has awarded in excess of EUR 6 million for the development of the HySynergy hydrogen production project in Fredericia, Denmark. Everfuel will be the owner and operator of the hydrogen production facility, while Shell will be main off-taker of hydrogen from the electrolyser. Everfuel will also install hydrogen storage, trailer filling stations and operate hydrogen trailers to supply hydrogen fuel in Denmark.

The parties will continue to work on permits and agreements related to the project, and are expecting to provide further details on the project during first half of 2020. Initial capacity of the electrolyser will be 20 MW, while the location at Fredericia will be prepared to accommodate for a capacity increase of up to 1GW. 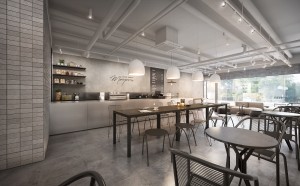