The Japanese Culinary Academy Launches japanese-cuisine.com, a Website with Killer Content and an E-Learning Program to Promote Japanese Cuisine Abroad

By virtue that the Japanese Culinary Academy is a ministry-certified organization, as defined by the Guidelines for Certification of Cooking Skills for Japanese Cuisine in Foreign Countries, set by Japan’s Ministry of Agriculture, Forestry, and Fisheries on April 1, 2016, it has developed the japanese-cuisine.com e-learning program to reasonably teach the culture and techniques of Japanese cuisine, at any location in the world and at any time, covering the level of knowledge and skill required for Bronze certification within those Guidelines.

The online site is at https://japanese-cuisine.com.

The Japanese Culinary Academy is positioning this program as killer content for the promotion of Japanese cuisine worldwide. As the sales arm of this effort, Blue Magic, Inc., is seeking sales partners to proliferate this promotion.

The original source-language text of this announcement is the official, authoritative version. Translations are provided as an accommodation only, and should be cross-referenced with the source-language text, which is the only version of the text intended to have legal effect. 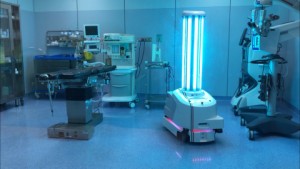